Tolerance: A Point to Remember

As has been discussed thus far, there are many differences between Buddhism and the other great religions of the world — the absence of a creator, the lack of a Bible or equivalent divine scripture, no goal in life’s journey of reaching heaven after death.

But the aspect of Buddhism that strikes most people new to its message and philosophy is its overwhelming tolerance of other beliefs and approaches.

Many sects of the major religions see it as their divine mission to recruit as many adherents as possible — to spread their beliefs as far and as widely as the voices and good works of their members will carry them. This missionary zeal is driven by pride, conviction, and duty. By the same token, resistance to these strongly held religious beliefs is enormous. People born and raised in a faith come to accept its principal tenets unquestionably. 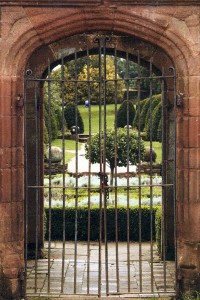 Having never seen the need to give those tenets the same level of intellectual scrutiny that so news report to learn of Sunni attacks on Shia groups in Iraq; to hear about orthodox Jews fighting to preserve the sanctity of the Sabbath in Jerusalem against more liberal Jews bent on doing what they please on a Saturday; to discover that Coptic Christians in Egypt may live in Muslim neighborhoods, but never socialize together for fear one or the other will be converted; that Roman Catholics in Northern Ireland and their Protestant neighbors still harbor the pain of old hurts; and that Hindus, Sihks, and Muslims are still fighting for dominance and control of Kashmir, the disputed area between India and Pakistan.

A Buddhist approach to change and fear of difference is openness to examine what drives these emotions and to consider what the end result could bring for any of the participants. In nearly all cases, Buddhists conclude that the this end result is transitory, that it will inevitably be revisited at some point in the future, and that the only true happiness comes from enlightenment while they are alive.

Tolerance: A Point to Remember

Why Buddhism Works And Other Approaches to Happiness Don’t